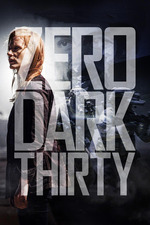 Join the conversation on The Twin Geeks discord

We’re busy ranking the entire works of Kathryn Bigelow on The Twin Geeks. Won’t you join us and follow our journey through her remarkable career? Point Rank!

Bolstered by a strong supporting cast of who’s who in modern television, Jessica Chastain centers the film as a composite of multiple women, in a film that reflects that modern intelligence is often run by women.

There’s no good or right way to make Zero Dark Thirty. This is not the good or right way. It would have been mired in controversy no matter what you did. This film found controversy from every side, with every side also utilizing it to criticize their opposition. Democrats critiqued it, conservatives critiqued it, the intelligence community said, that’s not us! Nobody felt particularly represented or that the film did anyone any political good. If you’re going to be that bold and problematic to every possible audience, at least have the decency to be this entertaining.

That’s Kathryn Bigelow. Existing within systems far beyond her interests in actual nuance, but willing enough to use those systems as subjects, caustically wading into hyper critical waters without especially remarking on how far in over her head she has gone.

Zero Dark Thirty was awkward no matter what. It started filming only a short year after the conclusion of the hunt for UBL. That is obviously a testy subject itself, with no photo proof and a body dumped into the Atlantic, there were enough reasons to be curious about how all of this went down.

Bigelow centers the government’s own narrative. The funny thing about it is that the prior script was about a decade of failed attempts to get UBL. And then it fell into their lap. Right time and right place.

It plays like catnip for Dads. The joy is in the journey and the hunt. Zero Dark Thirty plays with what we know and what don’t know to make the chase wholly captivating. And it’s great to watch. Bigelow directs with surety, even when it’s unearned, and let’s the performances lead the driving script, rewritten top to bottom to make it feel abruptly current.

And it certainly feels a piece of what was being made in 2012. Bigelow still struggles with her military films seeming too unilaterally concerned, too nationalistic, everything shown from one side, as though there were only ever one side, but then, she occupied the feeling of that side at that particular moment so well, that it will always be representative of its time, even if it hasn’t moved forward as a defining film forever.

Whatever it’s failures (the 9/11 calls and general Hollywoodifying of torture are really ugly), Zero Dark Thirty still engages and engrossed in equal measure.

Some characters are light. Okay, all of them are light. Nobody really develops except UBL when he dies. There’s something about the film that do nearly pulls that off, an insistence that such a search leaves no room interpersonally for anything beyond the manhunt. So, Chastain, a figurehead for multiple women, has less than one woman’s personality. She is just her job, man. That’s pretty lame and nobody gets breathing room, but that’s also the job, man.