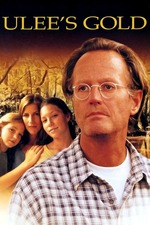 I had no idea what to expect going into this. I just remember it being heavily advertised at the video store around its release, touted as some indie gem.

I was pleasantly surprised to find it has a Southern Gothic lite thing going on: messed up families...shady pasts...petty criminals. Almost like stuff we'd come to see from David Gordon Green and Jeff Nichols. It ticked a lot of boxes that I love.

Counter to what I've seen online, though, I actually didn't find Fonda's performance all that compelling. His character has seen some shit and is taking life day by day; there is a darkness there. But instead of doing anything with that, Fonda acts more like a guy who just woke up from a nap and can't remember where he put his glasses.