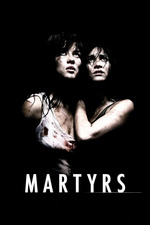 I completely understand why this film is so popular. In a decade of very few original horror films, for hardcore horror fans this has become the poster child of originality.

The reason it has stuck isn't lost of me, for a lot of people this will be the most uncomfortable experience they have. Uncertainty for developed characters in an unpredictable film make for scary experiences. Sadly though, this film didn't connect for me.

The director is so focused on the end and higher meaning that all focus is lost in the quest to get there. The line between genres is frequently blurred, with actual horror only making a brief appearance early. Because of being unfocused no tension is built, being scared completely relies on how you connect with the characters.

The characters are nicely developed, but like the rest of the film they are unfocused as well. Who we think is the lead character gets offed in the first 45 minutes, leaving us with another character that has had barely any screen time to take the reigns. Anna is a great character, sweet and nurturing, you feel for this character straight away... but then the film changes focus, as Anna becomes lead the film becomes a drama and stops even trying to be intense.

It was a frustrating experience for me. I really wanted to pick up what this was putting down. It was building to the sort of film Kill List should have been (knowing this came first makes that film even worse, I hate it). But focus is a very important thing, especially when it comes to endings like this. I'm happy to ponder unanswered questions, but I'm given no reason to care when the path to those questions is so messy.

The Spy Who Loved Me