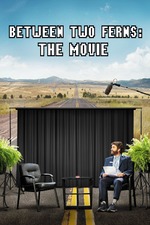 Between Two Ferns: The Movie

I wouldn't consider myself to be a huge fan of BTF as a show, but I saw a Chris Miller tweet praising the film and the director Scott Auckerman (Hot Soccer Mom) and I was like oh hell, okay, I have to watch this now

You know, it wasn't... bad. I really enjoyed parts of it, and I think this movie is gonna grow on me with time. Chrissy & John were so stupid good, and the celebrity cameos overall were fantastic. My main criticism is that there were major pacing issues throughout the film. Not sure if this is a case of Scott being more used to a TV show vs film format, but it's honestly such a shame. Zack is... Zack, but he is riding that one trick pony into the sunset I guess.

Cloudy with a Chance of Meatballs