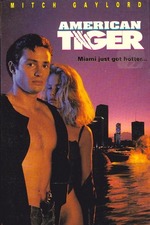 American Tiger is a two-for-one sale in cinematic form. The first movie, lasting an interminable hour, is a dull conspiracy thriller involving pornography, evangelism and murder. It centers on a douchey, unlikable protagonist and crawls from plot point to plot point without any sense of direction or cause for anything resembling empathy.

The second movie, taking up the last half hour and which bubbled up through the first hour, is a tale of Chinese mysticism and prophecies that feels like an abrupt left turn into fantasy, but at least breathes some life into this rotting husk of a film. It goes to some very weird places, makes almost no sense but keeps this ramshackle, badly directed mess from being a complete waste of time.

The Lord of Catan