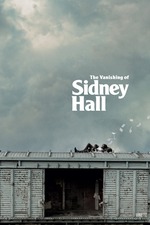 The Vanishing of Sidney Hall

Seriously, what the heck was the meaning of this? I watched it knowing nothing else than that it was an A24 film starring Elle Fanning. Sounded fine to me, but boy was I disappointed.

This is among the most childish films I have ever seen. Not in the sense that kids would enjoy it. It is viewing the quality of the film - the plot, the performances, the dialogue, the editing - where I find the word infantile being the most adequate term to describe it.

The film is showing us three periods of time in the life of Sydney Hall, a teen that has written a successful novel and now is considered as ”one of the brightest writers of our time”. These periods are all showed parallelI, but I have a large difficulty understanding why it is told this way. This method of narrating is used wonderfully in Blue Valentine where I understand why the story needs to be narrated like that, since it is essential to provide us the moral and having each and every scene from the different periods of time enhance the experience of the other scenes and to affect the way we view the story. But in this case this method is used completely without any specific meaning. The only thing it achieves is making itself worse and completely bland.

The films also features a man, played by Kyle Chandler, who is desperately searching for the vanished Sydney Hall. It also features the story of the interactions between Sydney and this macho-football guy that at first seems mean and heartless but is later revealed to be an extremely sympathetic victim (such a predictable cliche). It also features Sydney’s mother who is acting awfully odd for no particular reason and who tries on his clothes when he is out without any reason. She was acting so strange that I of some reason started suspecting some sort of incest between the mother and son. It also features the love of Sydney, played by Elle Fanning. At first she seems very mysterious and I suspected something to be odd with her that would play an important part of the story but suddenly she starts acting as an average teen is acting and we never get an explanation of her odd habits. The film has a lot of small plots and too many and uninteresting and bland plots to combine itself to one unit.

The acting is poor. Really poor. In my opinion the worst performance is delivered by the lead. Every single word he says, every single expression he makes echoes the sound of the director screaming: Action! It is so inauthentic! Great actors makes us forget that the characters are played by actors but in this case, we know of the actor’s presence all the time. Elle Fanning delivered an okay performance as her character in her teens, but later acting a grownup did not work out at all. There was a scene where she repeated the f-word for a couple of sentences and I found it obvious that she felt uncomfortable using the word of some reason, at least as a grown-up would have used it. It felt really incited seeing her play an adult. She is great playing young people, specifically under 25 years old but it was obvious that she is not ready to play characters older than that.

The film is completely bland. I am not sure if it is supposed to be sad, tragic, inspiring, motivating, funny or scary. It is some odd mixture of it all that just does not work. One second it features some jokes that I felt could have been written by Tommy Wiseau, that is how convincing they were. Another second we are being told a sob story of child molestation. The film is not a unit. The dialogue is among the worst I have ever heard. It is incredibly cliché, inauthentic and pretentious to say at least.

The film is about a young writer that publishes a novel that becomes a success and it feels a bit as if the one who wrote this is someone who in some way dreams of being Sydney Hall in the sense of publishing something successful at a young age. It reminds me of novels I wrote in the age of 8 while I was imagining winning all sorts of writing awards, constantly being impressed by my own expressions. It somehow feels as if the creators of this film feel the same. When I read the old novels of mine today after having read some real literature I realise how incredibly infantile they all were. It featured expressions everyone has heard at least a thousand times before. It had no meaning. It used some completely meaningless mannerisms, just like this film did. It feels like a huge mess of ideas of a film  that was doomed to fail when becoming a real film. Based on my interpretation of the making of The Room by Tommy Wiseau, given to me by The Disaster Artist, I feel as if this film would be the type of film that Tommy Wiseau would have made if he was a little wiser. But that does not say it is good.

If I had to give it something it would be the visuals. The visuals are definetely beautiful at most times. I loved the shots of Elle Fanning with the camera, and also the shots towards the end with multiple lens flares of different colors.

This is definitely my least favourite A24 film yet and I sincerely pray for this not being representative of what they are going to release this year.