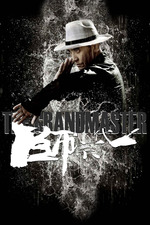 Let me state up front that I am reviewing the American cut that was done at the behest of Harvey Weinstein. Hopefully the Chinese cut will be included as part of the eventual bluray release and when that happens I'll review that film.

All things considered I really enjoyed this film. The acting is great and the images are beautiful. It also gives you a lot to think about. You get to think about style, about tradition, about love, about family and most of all about martial arts. Had this been able to come together into a more cohesive whole, this would be one of my top films of the year. Unfortunately it doesn't quite stick the landing. A short scene that is inserted into the credits only helps to muddle things more. Fortunately this is not enough to ruin a very strong film. Ziyi Zhang's story is beautiful and heartbreaking. Part of me wishes that she had been the sole focus of the film. Oh well. It's still a great and thought provoking film.