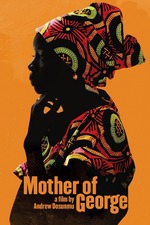 Andrew Donsunmu and DP Bradford Young, through framing alone, capture a bustling and rapidly evolving immigrant culture in the narrow space of a family restaurant, and then find exquisite, WKW/Doyle-worthy anguish in an empty stairwell. It would be easy (and not necessarily wrong) to argue that this heavily stylized film suffers from a central detachment: its images are so ripe and their framing is so affected that the distance to its characters - not to mention its more interesting themes (the flat-tummy shots are gratuitous)- is all the greater.

This is the obvious thesis statement, but it seems off to me. Look at how drab American money appears in those shots, and how conservative Ike's best friend, Sade, appears in her otherwise stunning appearance and wardrobe. These glimpses murmur through a movie that avoids almost any other recognizable indication of being a New York film.

Instead, the film's nearly persistent sense of emotional detachment is a product of the burden of familial/marital tradition that so weighs on Ike, and which she can only escape via a devastating reckoning that hurtles the film into a moving but equally distancing mode: that of phony screenwriter's-manual dissolution and ambiguous catharsis/resolution. The cast, however, carries these moments so well that I couldn't imagine having many qualms about MOTHER OF GEORGE's first hour on a repeat viewing.