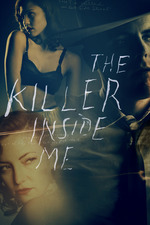 Repugnantly violent and ironically toned, "The Killer Inside Me" is both repellant and compelling. As a character study of a man whose issues are deep and nasty, the film presents an interesting portrait that, while sometimes intriguing, is often uninvolving. It all makes for a decidedly mixed experience.

A narratively fractured Texas-noir where characters and motivations unfold slowly, "The Killer Inside Me" pays less attention to full-bodied plot than the repulsive idiosyncracies of its main character. Murder, revenge, and cover-ups abound, but director, Michael Winterbottom, keeps his focus on those committing the acts and not the acts themselves. With a lead character as despicable as Casey Affleck's Deputy Sheriff, it is difficult to invest in Winterbottom's vision.

The film's subject is dark, its story is bleak, and its lead character is dangerous, but those elements are rarely able to create anything gripping. "The Killer Inside Me" is solidly put together and, despite its rough subject matter, watchable, but it rarely satisfies.