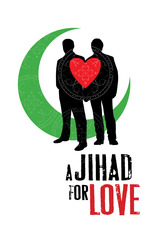 A Jihad for Love

Something that has affected me a lot this pride month is the idea that so much of the queer community is so selfish, only considering themselves as gay men or women without thinking about their whiteness or cis-ness. These privileged queer people only think of the great things they have, but refuse to acknowledge things like homosexuals being persecuted in other countries, or the fact that black trans women are the highest amongst hate crimes. I have seen such an immense outpouring of hatred toward the POC pride flag that was flown in Philly. It's a film like this that point out that things aren't easy for all of us, and to fight over such trivial things when our queer siblings are in fear is disheartening.

While the doc itself is very amateurish, I still can't help but really feel emotional while watching this. Watching the liberations people feel when they accept they can be both their religion and their sexual orientation, but also the deep hurt for those who feel like they must choose one or the other. Overall, it gets its purpose across even if it gets repetitious. I think my favorite parts are seeing the happy Muslim queer people doing what they love or being with who they love. My heart broke when the one man leaving for Canada cried for all the people who couldn't live how they wanted. It's in that moment where our privilege hurts us who have awareness and empathy because we don't know how to share it with the others who aren't as fortunate even though we desperately wish to.