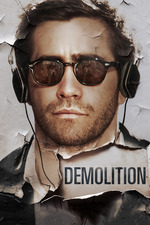 "Dear Champion Vending Company: I put five quarters in your machine and proceeded to push B2, which should have given me peanut M&M's. Regrettably, it did not."

I admit, it takes a certain mindset to enjoy this film. On a different day (say one where I might get restless or not be as patient as I am tonight), I don't think I would have enjoyed it as much as I did. Timing, I guess in this case, is everything. But it is still a solid film. In all senses of the word.

Let's cover all of the basics so I don't just go on a rant of how beautiful and metaphorical this entire film can be...

Directing, feels like an indie film mixed with a complete mind massage bundled into one. The writing, which I thought really shined due to specifics I'm not going into, couldn't have been any better. With it's flaws that weren't really flaws. The cinematography, ace. Literally ace. The cast, I don't think they could have chosen anyone better than the ones they did. Soundtrack, oh hell yes.

Don't forget to sit through the credits. And also enjoy that last little song in there. Loved that. And I also agree with another comment on here that sometimes grief doesn't look like grief (in the review by Keith Goulette). Well said. It's very true and holds very true in this film.