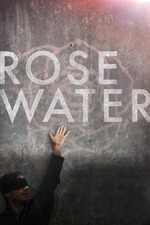 People talk about Rosewater as if the story isn't important because Maziar Bahari was 'only' kept in solitary confinement for four months.

Granted, there are numerous unlucky individuals around the globe that have received worse treatment from their specific captors, but that doesn't mean Bahari's story doesn't deserve to be told because of that. Added is the fact that many people who use that ugly word, 'only', wouldn't even be able to comprehend what it must have been like to be tortured for four months, not knowing whether you're ever going to be released, not knowing whether your family is safe, not knowing whether tomorrow the gun will have a bullet in its chamber when the trigger is pulled instead of being empty. I know I certainly wouldn't.

And then there are the people, usually the same people, that criticise the feel-good nature of the film and its sporadic use of comedy, such as the scene in which Bahari dances to Leonard Cohen who is singing in his head. The same people also have the gall to criticise Bahari for apparently making light of his situation since being released, as he is known to joke around with Jon Stewart on The Daily Show. Would these cynics rather Bahari was instead a shell of his former self, devoid of any love and laughter, slitting his wrists and never cracking a smile, which would essentially be letting his captors know that they won and did in fact break him?

Anyway, away from my rant, many people are understandably disappointed about Jon Stewart's imminent departure from The Daily Show, but it seems as if he may have found a new calling in film direction, as Rosewater is a confidently made film with some gorgeous cinematography and strong editing, not to mention the strong performances from its entire cast.