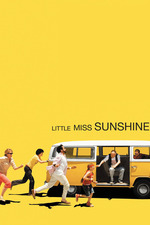 As you most definitely know if you've been following me for a while, I never post serious reviews. I have two reasons for that: one, English isn't my first language, and I always fear that my thoughts will translate clumsily. And two, I'm just not a very good writer. Everything I could possibly say has already been said by people who are vastly more eloquent and insightful than me. I feel like nothing I write could possibly ever compare, so I usually just make a quick joke and call it a day.

Lately, I've been feeling so drained and worn out that I can't even manage to watch movies, let alone joke about them. While it's common for me to log and/or review at least a movie a day, these past few weeks it felt like a chore. I can't concentrate, and I end up putting so much effort in just fully watching a movie that I end up more exhausted than I was to begin with. It makes me so, so sad, because films and my enjoyment of them is one of the only constants in my life.

A couple of hours ago I decided to rewatch this, a movie I have a soft spot for. Seeing the Hoovers, odd as they may be, putting aside their differences and working together to get Olive to a beauty pageant so she can fulfill her dream of becoming Little Miss Sunshine warms my heart. There's a myriad of touching moments: Olive's grandpa reassuring her that she is, in fact, beautiful inside and out, Dwayne learning he's colorblind and therefore can't join the Air Force, lashing out against his family in his frustration and being silently comforted by his little sister, Frank and Dwayne sharing the now famous "life is just one beauty pageant after another" exchange, and finally, Olive's family joining her on stage for what is one of my personal favorite movie moments.

I know Little Miss Sunshine isn't objectively perfect, but it's one of the most comforting and heartfelt movie-watching experiences I've ever had. It's quite literally a ray of sunshine, with its offbeat comedy and eccentric cast of characters, and - dramatic as it may sound - in this exact moment, for me, it's a lifesaver.