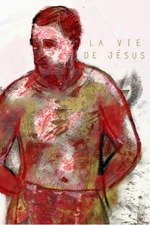 The Life of Jesus

Objectively a nicely shot film with some Lynne Ramsey-esque attention to detail and moments of economic story telling such as the aArah family receiving abuse shown with a close up of the father holding his sons wrist as he clenches his fist in anger at the abuse. All good stuff.

But the protagonist was such a repulsive person, familiar to me in a way that gave me flashbacks to being bullied in my youth. He was despicable, abussive to woman, racist and lacking in empathy or remorse. I hated his look, the way his shoulders rounded, his weird eyes and pulled back neck. He was cruel but not in a fun cinematic way like Mike Leigh’s Naked or American Paycho. He was cruel in a familiar way which made it uncomfortable and at no point do we empathise or understand his aggression (his epilepsy was not enough for me). All in all I can safely say I respected the movie and it’s well made and offered no clear answers which is usually something I like. But I had a visceral negative response to everything in the final 30 minutes and couldn’t wait for it to end.