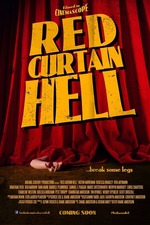 Today was director Shane Anderson’s birthday! So, in honor of that beautiful creature turning 30, I finally saw his debut feature. 😬

(This also counts for my own Birthday Movie Month, 2021)

It was quite a fun ride!

Definitely a bit too ambitious for a micro-budget debut feature, some things land more than others, but you know me, I’m always a sucker for ambition and passion above technical prowess.

One thing I genuinely appreciated though was how Shane took his time planting seeds throughout the first half of the movie (from a literal Chekhov’s Gun to other smaller details such as the soaked carpeting) that would then pay off in that wickedly chaotic third act.

A teacher of mine at film school used to say each movie should have at least one moment of true cinema for it to be considered ‘good.’ Well, those last few minutes in which all the dominoes fall down in perfect unison is Shane’s beautiful moment of true, unadulterated cinematic bliss.

The characters (even if they’re all supposed to be shitty people, which I always enjoy) could’ve been a bit less shrill, they were always at 11 and it got old real quick, but they were still a kooky collection of monsters I liked seeing on screen.

Also, someone text MundoF! This is a queer film that doesn’t show up on any of his lists!

If nothing else, this is a sweet start for what I’m sure will eventually be a wonderful filmography. Shane’s His Guy Thursday and The Hollow Hours are already amongst my most beloved works of queer fiction out there, so it was nice to see where it all started.

“Don’t do sarcasm, dear. It makes you look fat.”