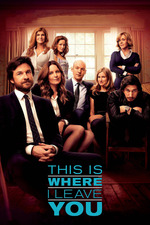 I adore this film. I always keep coming back to it, especially when i'm feeling depressed. There are so many other films that are actually uplifting that I could go to, and sometimes I do, but most of the time, especially when i feel really bad, I go to this film. Rather than being overly cheerful this film embraces the dysfunction, and the problems that each of the characters have. I wouldn't say the films real, There are few films I'd dare say that about since I saw Manchester, but it is relatable. and with it's ending it does somethign special, it lets it be. not everything is fixed, and some are even left worse off, but the film isn'tsad about that, because thats how life is. IT's not totally uplifting, but it's like a massive hug saying everything gonna be alright.