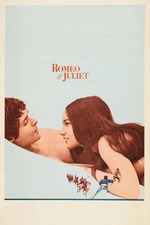 I have a problem with Romeo and Juliet adaptations (and anything that takes inspiration from it). Absolutely none of the ones I've seen seem to truly get the Bard's famous play. See, Romeo and Juliet is by no means an original work. It's actually a "remake" of an old Italian tale that was adapted in literary form for the English around Shakespeare's time, and Shakes took to making his own version of it.

So what did Shakespeare do to change it up? Two things. He expanded the plot and further developed supporting characters, namely Mercutio (and this is important). Second, he made it a comedy.

This last part is what practically every adaptation I've seen has failed to understand. We are not meant to sympathize with the tragedy of the Star Crossed lovers. We are meant to find amusement in their melodrama. Seriously, go back and actually read the play from this perspective. It makes what seems like a vacuous romance turn into a biting satire of such tales.

The first and most important thing to understanding just how and why Romeo and Juliet is a comedy is to pay close attention to the character of Mercutio. Mercutio, Romeo's best friend, is a joker who takes great pleasures in the minutiae of life, and cautions Romeo away from fantasies. More importantly, Mercutio is a self aware character, and for the majority of his presence in the play, it is all the more readily apparent that it is all a comedy. Then Mercutio is killed, and suddenly, the play's sense of comic self awareness is lost, turning it all into a dark comedy with the shell of a tragedy. It's important to note that when Mercutio dies, it is because of Romeo's selfish need to involve himself. Mercutio, aware that his untimely death comes because Romeo is too love struck to see the truth, curses the houses of the Capulets and the Montagues, which leads to the deadly outcome of the finale.

So the labeling of this film as a tragedy is a misnomer, although it does have the appearance of one, so this is forgiven. The important thing to be made aware of is that Romeo and Juliet does not fit the requirements of a true tragedy, the kind the Greeks mastered (or even Aristotle's Theory of Tragedy).

The first requirement is that we sympathize with the hero(s) rather than look down on them. Now I understand there are people who find great pain in the story of Romeo and Juliet, but if we look closer at these characters, are they really that sympathetic? Romeo is a whiny manchild who is only capable of making brash, selfish, and irrational decisions. Juliet is a selfish spoiled daddy's girl who would probably have her nanny, the one who nursed her, killed if it means getting her man. United the two are careless lovers who cause the deaths of many around them because they think their love is special, despite the fact they've only known each for a few days. That's not love. That's lust.

The second, of course, is that the hero(s) suffers a reversal of fortune, usually death. While the title pair do indeed die at the end of the story, they are still united in their death, an act that comes at their own will, and not under circumstances that come beyond their control due to a fatal flaw in character. After this, the most important is catharsis, and the play definitely does not have that.

At the bare essential (and I could go on and on about this for days) of this argument, Romeo and Juliet is a comedy, shifting from straight up comedy into a black comedy.

But if you honestly want to watch this as a tragic love story then Franco Zeffirelli's well mounted version won't disappoint you.