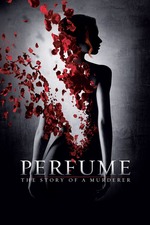 From the director of Run Lola Run, Perfume: The Story of a Murderer is a darkly disturbing yet flawed & incomplete thriller that happens to feature an interesting premise, captures the theme of obsession quite well yet is very much marred by its lack of a streamlined narration & poor execution of the storytelling elements.

Based on the novel of the same name, the story of Perfume is set in 18th century France & is told in flashbacks. The plot follows Jean-Baptiste Grenouille; a young man gifted with an extraordinary sense of smell who's on a quest to create the world's best perfume. But his new-found obsession with the perfect scent leads him on a much darker path.

Directed by Tom Tykwer, Perfume begins on a really intriguing note and is able to keep the interest alive for the major part with its fine blend of thriller & fantasy elements, only to throw it all away in its final act that's absurdly written & handled. Tykwer fails to provide a satisfactory conclusion to the story and the climax is such a useless distraction that it leads to the film's undoing.

The technical aspects are still worthy of mention for they do help lift the movie up by a certain extent. Set pieces, costumes & locations aim to create the ambience of 18th century France which looks like an abyss, thanks to its dark, dense & sharply detailed cinematography. Its 147 minutes of runtime seems a bit excessive. And the cast does its duty by chipping in with justifying performances.

On an overall scale, Perfume: The Story of a Murderer had a very good shot at finishing as a solid example of its genre(s) but the jump that was required to push it over the edge never really arrives. There's a splendour beauty to be found in its imagery despite the dark tones but the very scent of Perfume begins to fade away once the credits start rolling. A missed opportunity in my opinion but still worth a shot.