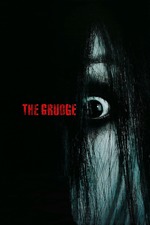 Enveloped with a chilling sense of dread, sustaining its ominous vibe throughout its runtime, and confusing the viewers with its puzzling storyline & non-linear arrangement, the Hollywood remake of Ju-On: The Grudge is laden with jump scares but the story it packs lacks a proper structure and rarely makes any sense.

Set in Tokyo, the story of The Grudge follows an American exchange student who agrees to cover for a nurse who didn't show up for work but encounters a vengeful spirit at the assigned house. A series of segments focuses on numerous other people who entered the same house but turned up dead in the following days.

Directed by Takashi Shimizu, who also helmed the original, The Grudge borrows nearly everything from its source material, including its shortcomings, and although there are some jumpy frights to be found here, sitting through it becomes an ordeal after a while, for its plot takes numerous turns yet has no definite idea about where it's headed.

What's commendable is its sinister aura which keeps its atmosphere tense & unsettling at all times but the scary moments are more or less predictable. Editing is an absolute mess, Camera is finely utilised, and music does its required job. Coming to the performances, majority of people in it are forgettable but Sarah Michelle Gellar still does well with what she's given.

On an overall scale, The Grudge follows the same route that the original Japanese horror did but it does manage to be slightly less convoluted. I'm not sure if that's because I'd already seen Ju-On: The Grudge and knew what to expect. Nevertheless, it does make good use of available resources, is more creepy than scary, and if you enjoyed the original then The Grudge should be right up your alley.