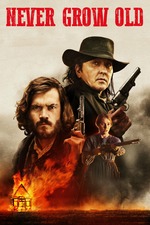 So I've never seen a Western before, apparently.

This fact shocked me when I first realized of its truth. I was recommended this movie by a friend, and watched it on a whim. Afterwards, I checked my Letterboxd to discover that this was literally my first Western. How I have overlooked an entire genre of film is beyond me, but let me say that I feel terrible about doing so now.

What's truly fascinating about this film is its exploration of morality. Now, maybe what I saw is typical of all Westerns, but given my lack of exposure to the genre I don't know any better. Characters aren't exactly evil, nor are they perfectly good, but they often think that they are one or the other. Good people do wrong things for good reasons, bad people do right things for bad reasons, and all the different possibilities that go with those two. There was one specific action in this film that was portrayed as being wrong, but that I found to be entirely justified and lawful. It was absolutely fascinating to see.

The entire cast here is wonderful, so wonderful that I'm going through the work to name them here. John Cusack, Emile Hirsch, Déborah François, and the rest of the ensemble were wonderful, and an absolute treat to watch. The film was beautiful too, with stunning cinematography and incredibly detailed production design pulling you into this small town. The only real issue I have is with the plot, which was very formulaic and predictable. The dialogue made up for it, but the lacking of substance there was still present.

Overall, a great film, and an excellent entrance to the genre.