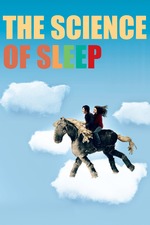 The Science of Sleep

Amazing production design, camera technique and overall vibe. Beautifully made. The acting was great and the soundtrack was superb.

The story line however was a bit wack ngl... I’m so sick of the nerdy guy with a big imagination going after normal/cool girl trope. Seems like it’s the same character in different clothes over and over with these kinds of films. I know whats gunna happen even when the police cars are made of cardboard.

Also I think there was some room for some real dark shit to do with the fact that this guy is quite fucked in the head. In reality people wouldn’t just understand an comply with him like in this film. Maybe more stuff to do with his dad?

In comparison with Eternal Sunshine this film, to me, lacks seriousness. It’s too quirky for too long. Needs a balance.