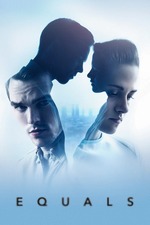 A week behind but catching up.

I feel like Ridley Scott saw the boom of the “rebel against a government controlled dystopian future” genre that the Hunger Games, Maze Runner, and Divergent films tried to execute, but failed to produce a different, more subdued, artistic version.

No amount of restriction a society puts on people’s emotions can restrict Kristen Stewart’s natural anxiousness in her acting.

The story feels competent and simple enough, even in an oversaturated market. But to improve it, I think Yorgo’s deadpan style would lend well to the believability of an emotionless world. And a slightly wider range of blue hues couldn’t hurt.

Also, someone said “innerresting” instead of “interesting”, which brings it down a half star...