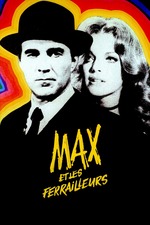 "I may be a whore, but I'm not everybody's whore."

Sort of undoes itself in the home stretch by trying to spiritually redeem its main character, an independently wealthy judge-turned-lone-wolf-cop who, on a whim, straight up entraps a small-time crew by getting them to attempt a job they don't have a chance in Hell of pulling off. Until that final misstep, though, this is a strangely relaxed, emotionally terse little thriller and a rather novel, almost class-warfare version of the whole cop/criminal mirror trope. Both sides are consumed by ambition and obsessed with regret, missed opportunities, and a seemingly constitutional inability to walk away clean. He casually, mercilessly manipulates them while they barely eke out a living selling scrap metal between meager scores. Power at least has the luxury of unlimited patience.