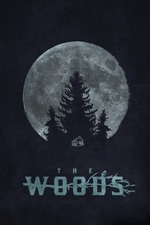 Shorts of 2017 Ranked
----------
So I caved the day before its YouTube release and got a free month trial for RoosterTeeth First.

Sugar Pine 7's first official short film The Woods is as great as I expected it to be. Decent acting, great camera work, colorful lighting. The fact that this was shot in a mere 3 days is astounding. I mean WOW.

There are problems of course. First of all the reveal of the creature was underwhelming. I think keeping it hidden would've been a better route to go with to maintain tension.

Secondly this film goes fast, and not necessarily in a bad way. In a way that makes you wish this was more of a full length feature film. Characters have problems and the world they're in has rules that all could've been more fleshed out in a larger amount of time.

The Woods shows the talent and ambition of Sugar Pine 7 and I can't wait for them to make more short films. I hope they attempt a full length movie in the future as well, which judging from their quick rise to success I'm sure RoosterTeeth is willing to help with anything they come up with.