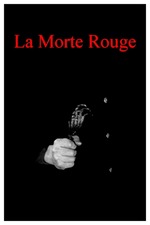 The film essay as tone poem, Erice working his obsessions into a lovely contemplation of the power of art, memory and time, cinema and imagination.
It recalls Chris Marker in places as the filmmaker whispers his narration, sad and wise, over lovely black and white photographs of San Sebastian in the 1940s. We can just perceive Arvo Pärt on the soundtrack, and Erice's elegant mastery is obvious in how poetically he fits it all together; his voiceover, these tableau and the music eloquently, expressively suggest the themes he addresses.
The subject is his first encounter with cinema. In 1946, at the age of five, he saw Sherlock Holmes and the Scarlet Claw in a now-vanished palatial cinema near the beach in San Sebastian. He was terrified but enraptured, and he reflects on how time has treated that experience, what happened to the filmmakers, why that film was so resonant in a destroyed post-Civil War Spain, and how his memory has nurtured the whole experience.
It is a gently beautiful film, fascinating and moving; Erice is a master.