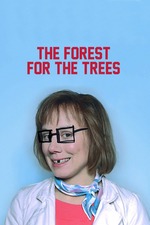 One element of great filmmaking that consistently amazes me is how some directors are able to make very strict framing look effortless. In his review of Mean Streets, Peter Labuza discusses "motivated and invisible shots" in the film that allow particular actions to be shown onscreen without making them feel like the initial focus of the shot. Maren Ade masters this technique in The Forest for the Trees, a debut feature that feels assured and able even with an aesthetic quality that feels anything but polished (Ade clearly did not have a blockbuster budget for this one).

In one shot, for example, the handheld camera wades around students in an elementary school classroom as Melanie, their teacher, talks to them. What could be a random walk among the characters in a lesser director's hands becomes an incisive look at individual reactions to Melanie's words. Children with more interesting responses are given priority, as the camera seems to almost accidentally face them when they react. The individuality of each supporting character is thus made clear, as highlighted reactions show off the fact that not all children in this otherwise fairly homogeneously depicted class are identical. Another shot shows Melanie and Tina in a crowd of people talking at a party. The shot might feel utilitarian a first, until Tina is seen off to the side (in a place that would have been out of the frame in many other angles) reacting to Melanie's words.

Even if Melanie is the main character of the film, the camera seems just as intent on capturing the way in which the world around her interacts with her as it is with showing her actions. Melanie's development is not so much internal as relationship-based, and her sense of self-worth is reliant on how her environment responds to her actions. By making sure the environment is constantly visible (and in such an unobtrusive, elegant, and natural way), The Forest for the Trees reveals the concerns at its character's heart.