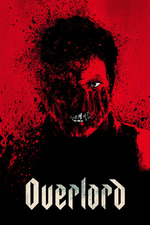 This was neat. I wouldn't call it a COD Zombies movie. It had more in common with Resident Evil actually. The games though, not the movies where Milla Jovovich mows down horde after horde of zombies. If you thought Overlord would be like that, maybe rethink your expectations a bit. But it's a good time.

A lot of the movie is basic WW2 stuff. Paratroopers, minefields, small towns, big mean Nazi generals. I enjoyed those parts but it took a while for the sci-fi to kick in, only fully taking the reins about halfway, previously providing small hints at what we came to see. When the movie finally got there it was a lot of fun. Superpowered mutant Nazis! It's just cool.

As far as flaws go I had some small issues. I noticed one specific part with shoddy CGI, and when I'm talking about the CGI it must be pretty bad, because I usually don't notice when people say it is. (The effects were actually really good for most of the movie. Major props there.) And Fitz, I'm sorry, but you need to work on your American accent! I also thought there was a few scenes they could've cut out or at least cut down to make the runtime tighter. I feel like ~90 minutes would have been a perfect length.

This is a movie that's just fun for what it is: cool historical sci-fi crossover. And it works surprisingly well. Makes me really want a proper Resident Evil movie now.