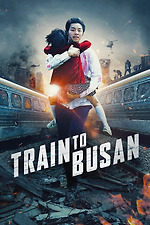 Okay before I forget (though I think I never will), I just wanna point out the two close up shots that definitely captivated my whole being while watching Train to Busan:

1. The father’s smile while reminiscing the birth of his daughter; and
2. The girl and her tears after singing THE song.

These two scenes are the saving grace of Train to Busan from being just another one of “oh-so-typical films with the zombie thingy”.

Watching this film, I never had to think critically and intricately. Yeah, there is lack of facts and theories and thingamajig but this is not a problem at all, well at least for me. I guess the film wasn't just made for this purpose. Rather than focusing on science deep shit, antidotes, and whatnot, Train to Busan gave spotlight to people and people alone. Thus, the film didn’t appear weak amidst the lack of facts. Heck, while I was on my seat, I had all the time to scream, feel, shout, curse, and feel again, and become succumbed by how almost flawlessly the story is presented - from the performance of the actors to CGI effects.

Long story short, oh god how awesome is this film.