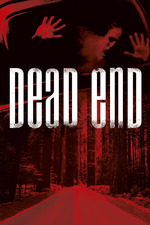 I was initially only interested in this movie because I think Ray Wise is a national treasure, but he has been in quite a lot of stinkers including this one. The biggest detraction from any horror or stakes in this movie are the awfully written characters, whose exaggerated characteristics and lame jokes deflate any tension that could be made. Instead of the movie being a blend of horror/comedy or some kind of satire, the movie seems to flip like a lightswitch between a genuine attempt at horror and wacky dark comedy, neither of which the writers could pull off well in any way. Ray Wise has some great timing in some of his line deliveries, but that's the only silver lining I could dig out of this. I don't know who would think drum n' bass is an effective horror soundtrack, but it really really isn't. The ending and the explanation for the spooky goings-on also feel very half-hearted and tacked on; some people would be way more bothered by these aspects but I assumed they would do the most easy, obvious thing and I was right.

The only reason this isn't a half star is that it didn't make me actively angry (just some frustrated sighs and half-attention) and Ray Wise saves this ever so slightly. Avoid this, which shouldn't be too hard.