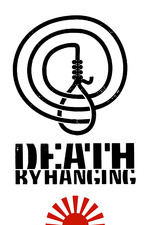 A film that is a collection of allegories that add up to a contemplative whole. While there are a lot of social and philisophical threads to follow, I think ultimately this movie is about Japan's strict adherence to procedure/duty and what happens when that can't be followed; how people conditioned in a system like that react to something they don't anticipate or understand. The actual beginning event of a man who doesn't die from being hanged seems to almost fade into the background as all the staff members frantically try to make R remember who and more importantly what he is. The Education Chief's manic exaggeration definitely sticks with me the most, not only due to his odd mannerisms but the fact that he seems to be the one who cracks the fastest. The recreation scenes are excellent, the way everyone throws themselves into the recreation just for the fun of it while seemingly ignoring R is really funny to watch. Even though for a lot of this movie I wouldn't call it surrealist, it starts to veer into that territory with the lengths the recreations go to. The movie changes a lot once R goes out into "the real world", or at what we think is the normal world. The more blatantly surrealist elements come up here, with the troupe seeming to warp around and the general public paying almost no attention to them. At this point, the movie seems to move past the general question of ethics to a realm of questioning the nature of reality itself (but in an understated and almost believable way). Although I do think it drags quite a lot near the end (with all the characters literally just discussing questions raised by the movie), the breadth of subjects covered in just this one movie as well as a quality of acting make this a very interesting watch. Might be too academic or slow for some people, but if you can move with the flow of the story many interesting questions pop up.