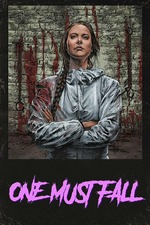 Antonio Pantoja, a first time director who also wrote, produced, executive produced and edited (!), has put together the goriest movie I've seen in a long time. The practical effects are outstanding.

The first 45 minutes or so is a comedy about a woman and her friend starting a new job as part of a crime scene clean-up crew. It's pretty funny, and includes a priceless small part for Lloyd Kaufman.

Things take a sharp turn about half way through, with our clean-up crew friends getting trapped in a wearhouse with a sadistic psycho. Very gory carnage ensues.

The inconclusive ending leaves the prospect of a sequel wide open. The bifurcated nature of the film makes it seem kind of schizophrenic, but since both parts work, it's mostly entertaining. For gorehounds and fans of modern practical effects, it's a must-see.