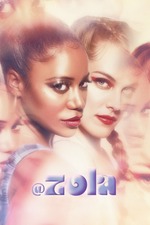 Don’t ever let anyone tell you that taking artistic license when adapting material is a sin. If Zola is to teach the world one thing, let it be that. All that was needed to get this film picked up for distribution was to say the words “Florida” and “Based on a Twitter thread.” That alone seems to be enough to rouse the interest of the kombucha-sipping, bespectacled, late-20-something executives over at A24. So with the backing of the most quintessentially Millennial/Gen Z arthouse studio around, Janicza Bravo was free to unload possibly the most Millennial/Gen Z project imaginable; a film based on a string of bite-sized anecdotes delivered in 140 characters or less.

Zola offers enough style and energy to make up for its severe lack of substance, especially in its lively casting. Entire dissertations will be written about Riley Keough’s chosen vocal inflection, while Colman Domingo finally gets a chance to shine in a far dirtier role than the prestige pics in which he normally finds himself. As for Taylour Paige—Zola herself—, her occasional bursts of energy opposite Keough aren’t enough to offset the other 80 minutes of monotonously flat glaring. There’s a point to a comedic "straight-man" ("straight-woman"?), but it’s safe to say that point isn’t to just annoyedly refuse to do things, and then passively do them anyway.

I went into Zola blind to the original thread that apparently shook every corner of Twitter in 2015 except my own. With that said… it undoubtedly feels like a Twitter thread. In a way, Bravo could be commended for her experimental adherence to the unorthodox storytelling platform from which she’s adapting. At the same time, Zola’s disjointed half-story eventually feels like its perpetually trapped in a second act, unloading moment after moment that probably sounded pretty crazy in a “true story” thread on the app where most people were posting about… I don’t remember, what was the big trending topic in the months before Trump? Was it Taylor Swift? The point is, this is an adaptation into a medium that has shown far more outlandish scenarios. Hell, give Charlie Kaufman a 6-pack of Red Bull and about 15 minutes and he’ll probably churn out something wilder than this!

All that isn’t to say that Bravo does nothing with her medium of choice. In fact, the Twitter-inspired tendencies seeping into the form are probably what give Zola its biggest stylistic edge, especially when those entirely modern aesthetic choices are juxtaposed with the unmistakably film-grainy veneer of the cinematography. The branded bird chirping sound used whenever Zola recites one of the tweets is a clever idea, but that choice eventually fades into obsolescence as the film focuses more on its late-stage conflicts. That may sound like a good move, but to abandon your gimmick that reminds us that this “actually happened” as recounted just leaves what’s left feeling like we’re watching a watered-down, millennial PTA wannabe.