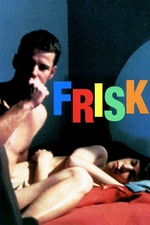 I'd never heard of this before seeing it reviewed on here. It has a Christine Vachon/Killer Films lo-fi vibe that I didn't really care for in the 90s, but I actually miss it now. There's a lot of student film energy to this in the first half hour, where nobody is really properly introduced and context shifts from scene to scene, giving the whole slipshod affair a hallucinogenic feel.

But then the film settles down into a routine, and by the first hour I'm getting bored of the stilted dialogue and sluggish editorial choices. There are some really interesting ideas in here, but there's not enough vitality in the staging or performances to rescue this. Some nicely edited moments, but overall this needed more pace to sell the story.

Glad I saw this, though. The modest production values give this film a stark honesty that shines through the unsophisticated execution. Worth a look perhaps.