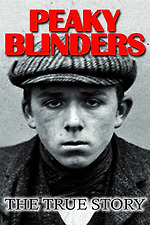 I’m rating the show and not the documentary that I didn’t watch.

Season 1:
This is what I would say is the worst season of the show but it’s still great. These characters are all so good and they introduce them fantastically. Cillian Murphy, Helen McCrory, Sam Neil and of course Paul Anderson all give fantastic performances as their respected characters. It only gets better from here.
7.5/10

Season 2:
I always have trouble deciding if this is my favorite season or not. From start to finish I adore it. Cillian Murphy is phenomenal in this season, each season we see him slowly grow but also lose it at the same time. The final episode of this season is absolutely perfect, resulting in one of my favourite scenes, that being one of the last ones of the episode where Cillian simply destroys.
10/10

Season 3:
While watching this season I was a bit on the fence about it not being that fond of the Russian plot but now I look back on it with more admiration then before. Cillian is once again phenomenal with his performance and so is everybody else, the priest being a great villain of the show. The first two episodes and the finale(which I adore) are amazing, while the other 3 are also good but I don’t think they come as close.
8/10

Season 4:
This is the season that I always debate with being the best. Everybody gives great performances and Adrien Brody was a great addition. This season starts off with a crazy bang that I never expected which told me to buckle the fuck up and I was right to do so. This season was phenomenal from start to finish having me glued to the screen each episode. I’ve also forgotten to mention Tom Hardy in the previous season reviews but let me just say he steals the screen each time.
10/10

Season 5:
The latest season of Peaky Blinders is one of the best. Being the most recent it looks the best with some beautiful shots all over the place. Performance wise we also have great ones but I especially adore Sam Clafin who I have a new found appreciation for. This season we see Tommy really get ambitious with the stuff he’s trying to pull off and it’s so entertaining. This season also brought me a new found appreciation for Aberama Gold who I found to be great each time he appeared. It ain’t the best season but it is certainly up there.
9/10

All in all, Peaky Blinders is such a special show that I’m so happy to have watched. Each season brings us such amazing moments, stories and performances. I’m not sure if it’s my favorite show but it’s  certainly up there I can definitely find myself excited to rewatch it and see the future of the show. And don’t forget YOU DONT MESS WITH THE PEAKY FOOKING BLINDERS!

If you read all of this, that’s cool.