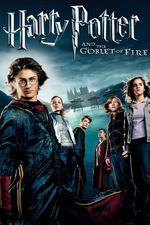 The Salvador’s review published on Letterboxd:

"Forever will be my favorite movie in the entire series, despite its script errors."

Let's start with the basics, in the book it starts in the house of the dursleys, I remember that even the whole Weasley family destroyed the fireplace, second and the biggest mistake in the movie, not showing the quidittch game, it is almost a stupid idea start with that and don't show it.

Then we move on to the fact that Barty Crouch jr cast the spell "with harry's wand" which they did not mention at the same time they exclude dobby and winky, the tournament tests were written differently, from a sphinx to the death of the dragon .

Even Ron's brothers, Charlie and Bill appear and you fall in love with them, they are alive and amazing, sadly we did not see them here, in fact Charlie does not even appear in any movie.

Ron's character here for the first time appears as a selfish and traitor to his friend, he was not there for him until he showed him how he passed the dragon test.

I think the most uncomfortable scene in the whole movie is when everyone judges Harry when he is chosen by the Goblet of Fire.

Harry Potter and the Goblet of Fire is a film that leaves magic and innocence to focus on the main plot that is voldemort and his connection with Harry, beauty, elegance, tournaments, mysteries are the strong qualities of the fourth installment of the universe of Harry Potter.

I think that despite having a rating not at the level of the prisoner of azkaban, he is my favorite.

The Salvador liked these reviews

The Salvador is using Letterboxd to share film reviews and lists with friends. Join here.