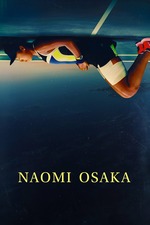 I wouldn’t call this docu-series particularly well made but Noami Osaka is interesting to me.  She’s incredibly soft-spoken and seemingly very shy.  It doesn’t make for good theater, but it does make her pretty relatable and more like a normal person than the average celebrity superstar.  As someone that struggles with stage fright and confidence issues in my own line of work, it’s comforting to see an athlete with the same mental game problems that I have succeeding at the highest level.

I enjoyed this but it’s also kind of whatever because Naomi’s story is really just getting started and we didn’t even get much of a look at how she got to where she’s at now.  I also think it’s kind of bizarre that her boyfriend, the rapper Cordae, makes multiple appearances throughout but never once is mentioned by name or even referenced to as the man Naomi’s in a relationship with.  I mean, we can put two and two together, but I would have liked to see more of how they interact since I’m a fan of both of them.  He’s basically just an extra in the background here.

Worth watching but not super informative or overly interesting.  Naomi Osaka is extremely easy to root for though.