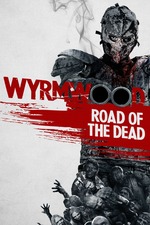 A lot of hype called this Mad Max with zombies and to an extent, that idea is correct. Post apocalyptic zombie world with plenty of action and off beat humor. The film is terribly scattered though, more intent on creating a universe to build a franchise on then thoroughly telling an effective story, but the energetic out pour and kinetic modern style is infectious. It throws in a lot of weird shit with NO EXPLANATION into the fold (why doesn't petrol burn anymore again?) but it's so much fun taking the ride that it wasn't until much later and upon reflection that it bothered me.

If anything, I hope this does spawn a whole franchise because the crazy ideas that it could run with is ripe for cult fandom.