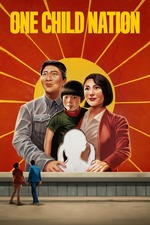 One Child Nation is a glossy documentary about China's One-Child Policy, but it captures the seriousness of the issue without trivialising it. It confronts the propaganda within China but moves beyond that to consider the outdated gender attitudes brought to the fore by the One-Child Policy. China's history is littered with dead baby girls. Undoubtedly One Child Nation highlights real wrongs, from forced abortions and sterilisations, to the killing, trafficking, abandonment, and confiscation of babies. The awful reality is that there are parents who let their daughters die, and the interviewees are very open about that. It took a long indoctrination to get a society to accept this situation. One Child Nation presents a shared sense of hopelessness. Everyone has a 'I was just following orders' mentality; no decisions made, just ordered followed.

Yet One Child Nation presents alternative views from some. Namely that China needed this policy and that the 35 years of the One-Child Policy saved the country. The reality is that life is better in China now than for any previous generation. So was this policy part of the reason for that? Living standards increased by limiting children but given that the policy led to many wrongs, was it worth it? One thing One Child Nation shows is that many, likely most, Chinese people would say that it was worth it.

One Child Nation opened my eyes a little bit. I have friends and colleagues from China, who came to study in the UK, and it's always been clear to me that the lens we view politics through is different. But watching how One Child Nation reveals a lot of misinformation, I wonder how ignorant my friends also are of the consequences of this policy. Obviously One Child Nation is designed for a Western audience, judging by how the names are written and the West is glamourised. But I really wonder how a film like this would work if released in China. What could they get away with? Could they be this nuanced?