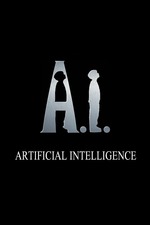 I was already 16 years old when “A.I.” hit theaters on the last weekend of June 2001, but Steven Spielberg’s unnerving techno-fable has always felt like the last film that I ever saw as a child.

To a certain extent, of course, everything that happened before the end of that summer would soon be recast in a soft new light. Spielberg had imagined the World Trade Center would serve as a lasting memorial for our entire species more than 2,000 years in the future, poking through the ice floor of a frozen New York City like two ancient footstones in a half-forgotten graveyard; when the Twin Towers collapsed less than three months later, the adults on TV commemorated the carnage as a generational “loss of innocence,” and I remembered Monica Swinton (Frances O’Connor) apologizing to the young android that she abandoned in the woods: “I’m sorry for not telling you about the world.”

But through all the personal tumult that followed — going to college, flailing around, finding a job, going to grad school, dropping out of grad school, flailing again — rewatching “A.I.” made it seem like no time had passed. Whenever I found the film on cable it felt like I had stumbled upon some immaculately preserved artifact from a lost civilization, as strange to find on HBO as “Mare of Easttown” would be to see on display at the Museum of Natural History. It seemed at once both ancient and incapable of aging, frozen in ice (or the thick caramel of Spielbergian amber) from the moment it was first made.

And I was frozen with it. People change, movies don’t. That’s what makes them worth seeing again. If cinema can sometimes be thought of as a fixed point on the horizon — a flickering lighthouse that measures your perspective from it — it’s more than a little disorienting to see a movie from the exact same distance over the course of 10 or 15 years. For all of the time that had passed, rewatching “A.I.” would leave me feeling as if I were still lost in the dark of the three-screen Connecticut theater where I first saw it on opening night. I was still that unblinking David, forever young and shipwrecked in a world where nothing felt as real or inalienable as a mother’s love.

If I had gotten older, why did the film’s fairy tale ending — widely misdiagnosed as a symptom of Spielberg’s multiplex sentimentality, even though few aspects of the finished product more clearly reflect Stanley Kubrick’s work on it than a coda that echoes the post-human domesticity of Bowman’s deathbed in “2001” — still hit me like a 10-ton battering ram of unalloyed sadness? If mecha David could find comfort in the shade of his long-lost mother, why did I remain inconsolable at the idea of only having one perfect day to spend with a parent before they faded away forever? If he got to become “a real boy,” why didn’t I believe in that transformation?

~ this article continues on IndieWire ~