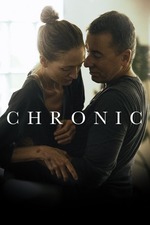 Mexican filmmaker Michel Franco is obsessed — seemingly at the expense of all other subjects — with how people reconfigure their worldview in the wake of unimaginable tragedies. Michael Haneke is an obvious touchstone, but Franco is more interested in the healing process than he is whatever grim, bourgeois drama caused the wound in the first place.

His debut feature, 2009’s “Daniel & Ana,” watched in nervous horror as two siblings attempted to repair their relationship after being abducted and forced to have sex with one another. “After Lucia,” which won top prize in the Un Certain Regard section of the 2012 Cannes Film Festival, is about a man who’s still reeling from his wife’s sudden death when their daughter becomes the victim of a high school sex tape scandal. “Chronic” may be the most delicate and restrained of Franco’s features to date, but in one key respect it’s also his most ambitious — this time around, every character is forced to process a profound loss of some kind.

The Age of Shadows