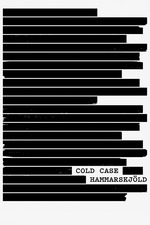 For better or worse, the last few years have seen a sizable influx of twist-dependent documentaries: Non-fiction odysseys that start as one thing and then — due to an ominous circumstance of some kind — suddenly veer in an unexpected new direction, these films tend to dig their own rabbit holes and then gain narrative traction from the gravity of plummeting down them. Looking at the success of recent examples like “Catfish,” “Tickled,” and even last year’s “Three Identical Strangers” (which might be a bit less coy about its big reveal), it seems that “WTF!” has become an increasingly desirable reaction in a culture that fears and fetishizes spoilers in equal measure.

“Cold Case Hammarskjöld” is far and away the best and most shocking of these films. It’s the only one in which the big “twist” (or slow, escalating series of twists) has genuine real-world implications that stretch beyond the story at hand, and the only one in which the suspense grows so intense that — if a projector malfunctions at a certain moment towards the end of the movie — audiences may actually be incapable of returning to their regular lives without knowing what comes next. All the same, this epic swan dive into the darkest abyss of recent African history is also the longest, most circuitous, and glib film of its kind, though director Mads Brügger semi-convincingly tries to argue that he couldn’t tell this story in any other way.