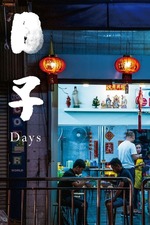 A plumber drills a hole between the basement of one apartment and the ceiling of another as a strange disease that causes people to act like cockroaches sweeps over Taiwan at the turn of the millennium. A depressed homeless man, desperate to provide for his family but invisible to the people who drive past his roadside advertising sign, violently mauls the cabbage that his young daughter has adopted as a friend. A Taipei cinema screens King Hu’s “Dragon Inn” during a torrential downpour on its final night in business as various patrons shuffle around inside the theater, each of them looking for a connection that seems to be flickering away forever before our eyes.

While Taiwanese auteur Tsai Ming-liang has long been associated with slow cinema, the non-linear deceleration of his style has been interjected with soaring dreamscapes, electric moments of self-reflexivity, and even a handful of sexually charged musical numbers. The pace of his films is perhaps their most immediate signature, but it’s also considerably less consistent than the social anxieties shared between them. From his debut feature (1992’s “Rebels of the Neon God”) to the installation pieces that he’s been making with muse Lee Kang-sheng in the years since his soft retirement in 2013, Tsai’s work has reliably probed the psychic dislocation of modern life, and it’s done so with a roiling fury that belies his arthouse poise.

Sometimes (explicitly) queer, often (undeniably) male, and always tinged with a post-apocalyptic charge that carries through their happiest moments, Tsai’s films are so drawn to the dark recesses between us that even their titles sound like pleas for connection or laments over what’s been lost. “I Don’t Want to Sleep Alone.” “What Time Is It There?” “The Wayward Cloud.” The likes of “Goodbye, Dragon Inn” might linger in the mind for its ASMR design and time-in-a-bottle wistfulness, but such a bittersweet aftertaste follows an experience that’s bound together by a furious tension between the intimate demands of our bodies and the impenetrable distances that isolate us inside of them. The despair percolating beneath “Vive L’Amour” and “Rebels of the Neon God” eventually gave way to the abyssal howl of “Stray Dogs,” which — similar to Béla Tarr’s “The Turin Horse” from two years earlier — was such a voice-killing scream into the void that people naturally assumed its author had nothing else to say.

In Tsai’s case, that turned out not to be true; he’s been steadily working in the museum world for the last eight years. Nevertheless, the news that he and Lee had collaborated on another feature — one that would revisit the mysterious neck ailment his now-52-year-old leading man began to suffer on-screen and off during 1997’s “The River” — couldn’t help but seem a bit ominous. How much bleaker would this new project be? What would the specter of death add to a body of work that has always bent over itself as it shambled towards the end? If Béla Tarr announced he’d made another movie at this point, I’d probably assume it was a snuff film. Expectations for Tsai’s latest may not have been quite so grim, but I certainly wasn’t bracing myself for one of the most touching dramas of the year.