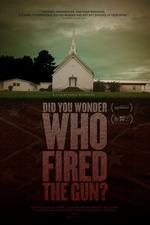 Did You Wonder Who Fired the Gun?

Upon first glance, the title of Travis Wilkerson’s “Did You Wonder Who Fired the Gun?” carries an air of mystery, as though the film will start with a body and then work its way through a vast conspiracy before identifying the killer. And — in a way — that’s exactly what it does. But not in that order. First we identify the killer: SE Branch, Wilkerson’s great-grandfather, a virulent racist who murdered a black man in 1946 and got away with it scot-free. Then we have the victim: Bill Spann, who had the misfortune of living in Alabama at a time when his life most certainly didn’t matter to the people in charge. Finally, we sift through the vast conspiracy that separated these two men, a vapid system of violence that left one of them alive with his family, and the other dead in an unmarked grave, as Bill Spann fertilizing the soil for the likes of Trayvon Martin, Eric Garner, and the other black Americans who would later be buried beside him.

There’s no mystery here. “Did You Wonder the Fire Gun?” isn’t a whodunnit — it’s a yes-or-no question. The ultimate emphasis of this soul-searching self-investigation isn’t on then, but on now; not on the evidence that remains, but on the erasure of that which does not. The most pernicious form of hatred is the kind that cleans up after itself. “Trust me,” Wilkerson says at the beginning of the film, “this isn’t another white savior story. This is a white nightmare story.”