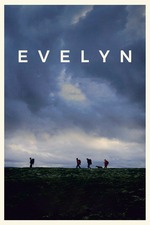 Orlando von Einsiedel has always been comfortable in dangerous situations. His Oscar-winning documentary “The White Helmets” took him into the heart of the Syrian Civil War, while his widely acclaimed “Virunga” forced him to dodge bullets in eastern Congo as he watched a small team of park rangers protect the last surviving mountain gorillas from poachers and armed militias. In that light, it’s rather jarring to see the British filmmaker so frightened in the opening moments of “Evelyn,” which is essentially a documentary about a stroll he took around the British countryside with his siblings and their parents. A few minutes later, as Orlando stares into the camera and explains the situation, it’s all too easy to appreciate the reason for his terror.

13 years ago, Orlando’s brother Evelyn committed suicide. He was barely 20 years old. His death wasn’t entirely unexpected — Evelyn was schizophrenic, and spent the last stretch of his life in the grip of his condition — but the incident still tore Orlando’s family apart. His parents’ marriage didn’t survive the shock, and his siblings followed his retreat into silence. That silence inevitably deepened over time, a hole in the heart that was compounded by the twin stigmas of suicide and mental illness. After a while, Evelyn’s loss became the unspoken truth hiding in the seams of every conversation, like a terrible secret that each of his loved ones carried with them in the linings of their coats.