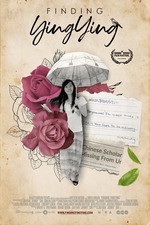 **While the 2020 SXSW Film Festival has been canceled due to the coronavirus, IndieWire is covering select titles from this year’s edition.**

Leaving China for the first time in her short life, 26-year-old Zhang Yingying arrived at the University of Illinois at Urbana-Champaign in April 2017; she was there to conduct research on photosynthesis and crop productivity, and perhaps later enroll in the doctoral program before returning home to marry her lovely boyfriend Hou Xiaolin and run her own ecology team. “Life is too short to be ordinary,” she wrote in her diary, which was filled with self-affirmation but punctuated with stabs of homesickness and culture shock. Shortly after Yingying disappeared on June 9 of that same year, Jiayan “Jenny” Shi — a former classmate of Yingying’s in Nanping — began making a documentary about the Zhang family’s search for their missing daughter, which continued long after it was safe to assume the girl was dead. In some respects, it still hasn’t stopped.

In that light, the title of Shi’s handcrafted and haunting “Finding Yingying” only grows more beguiling as the film goes on — what is the documentary actually looking for? The most obvious answer would seem to be a body, but every horrifying detail we learn about her murder leaves us less convinced that Yingying’s corpse would bring about the closure that her family needs. Is it justice? Maybe: The killer is identified and made to stand trial, but the American legal system is painful and alien to the victim’s family, and the verdict doesn’t square with their own sense of crime and punishment. Some filmmakers might fall into the true crime trap of trying to solve the “mystery” of who Yingying was at heart, but Shi has precious little patience for ambiguity on that score, as her subject’s diary reconfirms what Yingying’s loved ones already knew to be true: She was a bright idealist with a beautiful spirit and an indefatigable self-belief that was only matched by her faith in other people.

Unfolding in the present tense as a missing persons case metastasizes into an international tragedy that spans the world’s two dominant superpowers, “Finding Yingying” was shot by someone who naturally hoped to answer all of the questions that might be raised by a case like this. But Shi’s film is at its most nuanced and unnerving — and also its most frustrating — when it leverages the difficult task of finding Yingying into an exploration of the singularly modern spaces exposed by her loss.