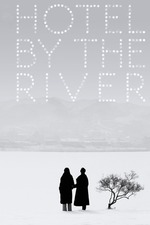 He’s got a natural genius for rearranging the furniture, and it makes a virtue of the fact that he’s always working inside the same house. In that light, the relatively gentle, meditative, and straightforward “Hotel by the River” is like everything and nothing that Hong has made before; to say that it’s “just another Hong” movie is an accurate way of emphasizing what makes it special.