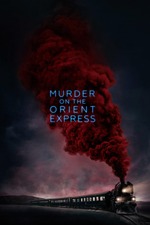 A movie about how much of a royal pain in the ass it was to kill someone before civilians had easy access to AR-15s, Kenneth Branagh’s “Murder on the Orient Express” is an undercooked Christmas ham of a movie, the kind of flamboyant holiday feast that Hollywood doesn’t really serve anymore. Arrestingly sumptuous from the very first shot (and filmed in glorious 65mm), this cozy new riff on Agatha Christie’s classic mystery is such an old-fashioned yarn that it could have been made back in 1934 if not for all the terrible CGI snow and a late-career, post-disgrace Johnny Depp performance that reeks of 21st century fatigue. Indeed, it’s hard to overstate just how refreshing it feels to see a snug, gilded piece of studio entertainment that doesn’t involve any spandex. Or, more accurately, how refreshing it would have felt had Branagh understood why Christie’s story has stood the test of time.