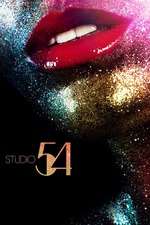 You probably know the legend of Studio 54. Maybe you’re old enough to have been there for the midtown disco’s flash-in-the-pan heyday, and remember reading about all of the celebrities who passed through its blacked out doors (you might even have been one of the people in the curbside throngs, struggling to get the bouncer’s attention as Liza Minnelli swanned right through the crowd). Or maybe you’re barely old enough to remember the disastrous movie from the summer of 1998, in which Mike Myers played club co-founder Steve Rubell, and a shirtless Ryan Phillippe starred as a fictional bridge-and-tunnel bartender named Shane O’Shea. Either way, Studio 54 feels like a story that’s already been told — like a broad synonym for whatever kind of paradise New York City used to be.

And yet, Matt Tyrnauer’s riveting documentary manages to make it all seem new again — alive, as though it were happening for the first time at warp-speed before your eyes. A simple chronology that’s inflected with evocative archival footage and seasoned with modern-day interviews with some of the major players (many of whom have never really talked about the club on the record), “Studio 54” isn’t an especially clever or innovative film, but it taps into its namesake’s dormant spirit, and reclaims a famous piece of Manhattan folklore for the people who made it possible.

Hotel by the River