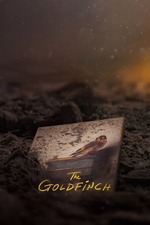 The big problem with “The Goldfinch” — a lifeless film that doesn’t consist of scenes so much as it does an awkward jumble of other, smaller problems stacked on top of each other like kids inside a trench coat — is that it mistakes its source material for a great work of art. That critical error isn’t an overestimation of Donna Tartt’s blockbuster novel of the same name, so much as it is a categorical mischaracterization. Perhaps even an unavoidable one.

The book, a vivid but ridiculous neo-Dickensian epic that borrows its title from the 17th-century Carel Fabritius painting at its core, is an improbable bildungsroman about the immortality of beautiful objects. Tartt’s novel became controversial among critics in the same way that anything so popular and acclaimed invariably does, but the story’s proximity to the great masterpieces of Western culture left fans convinced that it belonged among them, and inspired detractors to read it for filth.

In truth, “The Goldfinch” probably falls somewhere in between, but the Hollywood adaptation — a gauzy, bloated slab of Oscar bait — was always going to have to pick sides. And “Brooklyn” director John Crowley, hired for his ability to eke cinematic beauty out of literary grace, made the obvious choice.

Despite being reduced from a 784-page novel to an 144-minute film, “The Goldfinch” still regards its source material with reverence, and trusts it the way some people might trust a holy text. Crowley and screenwriter Peter Straughan (“Tinker Tailor Soldier Spy”) seem to have thought that Tartt’s story is a sacred thing, and that simply capturing it on camera would be enough to guarantee at least a hint of residual greatness. Alas, when stripped of its softer details and denied the sheer velocity of its narrative sweep, the story “The Goldfinch” tells feels utterly absurd.