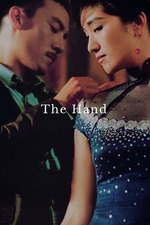 "Never touched a woman before? Then how can you be a tailor?”

Wong Kar Wai’s “Phantom Thread” (how’s that for a hook?), “The Hand” has long been disregarded as a curio due to the circumstances of its creation: It was conceived as one of three segments in the omnibus film “Eros,” which collected shorts original by Michelangelo Antonioni, Steven Soderbergh, and Wong into a triptych of love and sexual desire. Two of the shorts were forgettable, to put it kindly. The other is just about perfect. And why shouldn’t it be? Not only was Wong unfairly well-suited for the assignment, he’s also been making crystalline short films for his entire career — but smeared into each other in ways that allow them to overwhelm us.

“The Hand” doesn’t overwhelm, but its touch is shattering all the same. Set in Hong Kong circa the early ’60s (a huge surprise), the diorama-like duet casts Chang Chen against type as a shy and virginal tailor’s assistant named Zhang. Chang is Wong’s go-to actor whenever the filmmaker requires a razor-sharp beauty to slice through a story and open it up in unexpected ways, and for all of his uncustomary bashfulness that’s still exactly what he does here Zhang pays a house call to a high-end prostitute (Gong Li, a tragic vision as Miss Hua) whose beauty — the film asks us to believe — is fading in time with that of the city around her. Zhang supplies Miss Hua with new threads as she threatens to unravel, and in return Miss Hua gives Zhang… inspiration. Like any of Wong’s accidental lovers who are misfortunate enough to know a moment of shared bliss, these two are headed in opposite directions, but the hold they have over one another perseveres in memory.

Set against a backdrop of sickness and shot at the height of the SARS pandemic, “The Hand” is a refreshingly contained riff on the usual Wong tropes — even the far-superior extended version found on the Criterion box set doesn’t include a single moment that isn’t laser-focused on the central romance. As a result, Wong is free to slow down and indulge in some of the details that tend to blur on by in his longer work: The mechanics of sex (hands are rendered with the compulsively recurring purpose that Wong once reserved for pop songs), the blunt physicality of a film without the interiority of voiceover, and also the distance of class, which separates these characters in much the same way that time would in another of the director’s love stories. The result is a cramped melodrama writ small — a flawless ornament of a thing that makes up in density what it lacks in sweep, and contains a small hand-ful of Wong’s most evocative moments. Gong Li on the phone with her wealthy ex-lover while Chang Chen’s fingers size her up for a dress… the past on her mind as the present literally breathes down her neck… this isn’t a bonus feature (you’ll find it hiding on the “2046” disc), it’s one of Wong’s defining fashion statements.